Charlie Sheen is an American TV actor that is well know for being in Hot Shots!, Scary Movie 3, and Two and a Half Men, for which he was paid $1.8 million per episode. He actively donates support for AIDS foundations, and he is part of the 9/11 truth movement. He was born September 3th, 1965 in New York, USA. 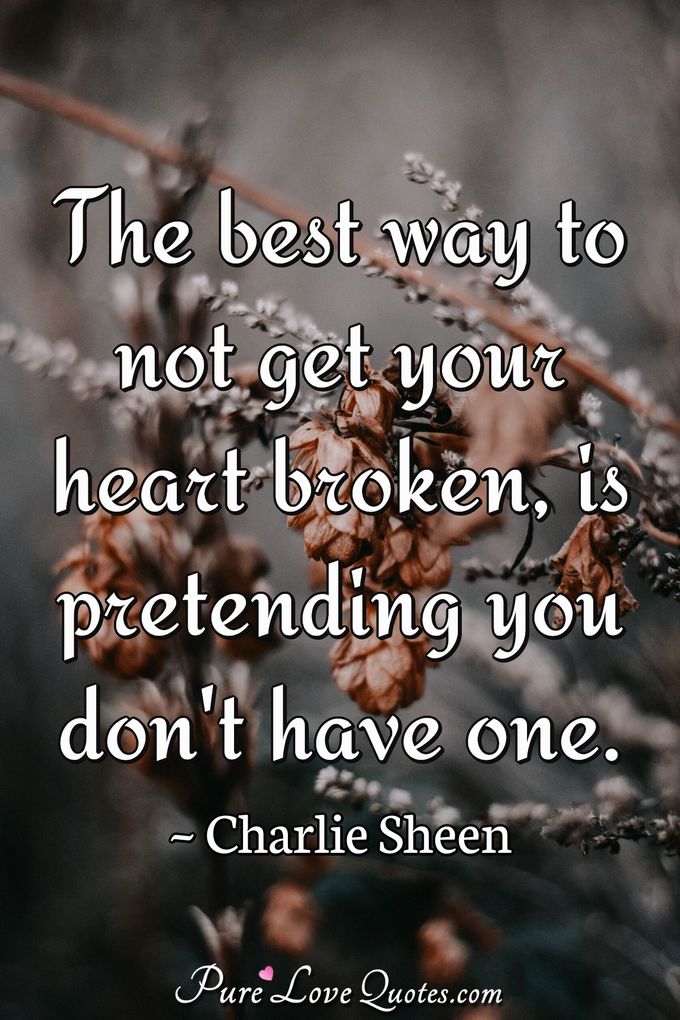 The best way to not get your heart broken, is pretending you don't have one. 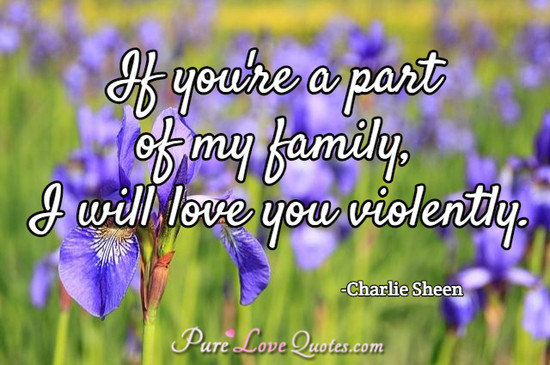 If you're a part of my family, I will love you violently. 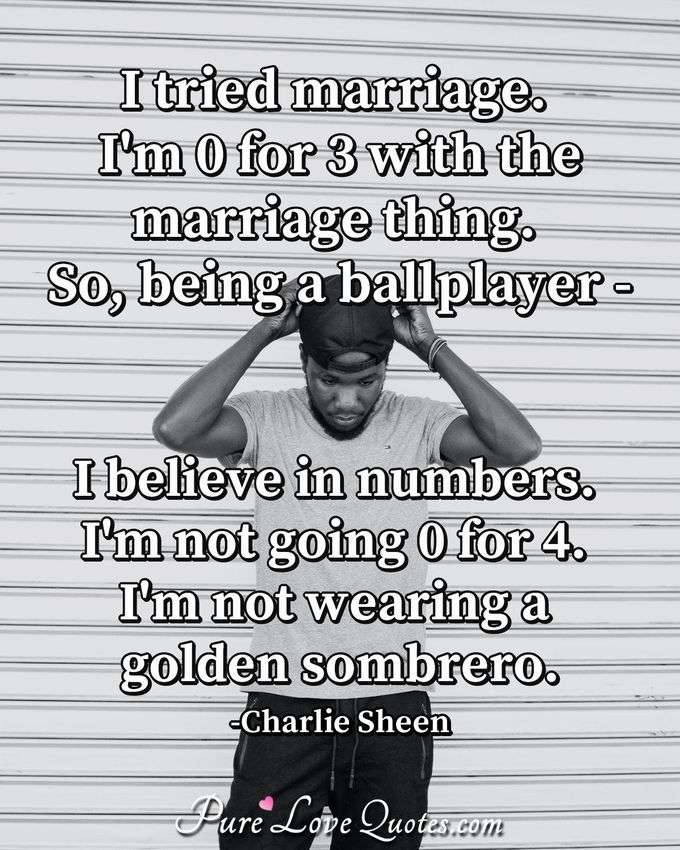 I tried marriage. I'm 0 for 3 with the marriage thing. So, being a ballplayer - I believe in numbers. I'm not going 0 for 4. I'm not wearing a golden sombrero. 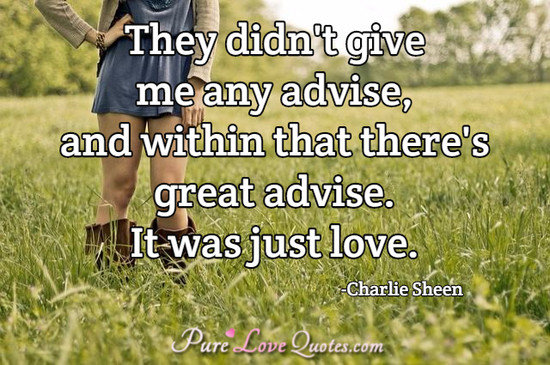 They didn't give me any advice, and within that there's great advice. It was just love.